The game of baseball is fun to watch however, the baseball we are going to discuss is the game of darts. This game is a 9 innings games and is played with a large group of people. In each inning, you can only target the number which corresponds to the inning. For example, if the inning is number 9 then you are only allowed to target number 9 if you land your score any other area you won’t get points landing your dart in the small outer ring you will gain two runs and landing on the small inner ring will give you three runs. If you land anywhere else in the innings number it will count as one run. The first thing you should do is create a score sheet this will help you keep track of players score. First, write down the names of the players in the horizontal columns then mention the innings in a vertical form. After each player’s turn continue adding in the score. The winner will be the one who manages to get the most runs at the end of the games. If you have more experienced or professional players in your group than you can add the seven stretch rules according to which the players that don’t get any points in the 7th inning will have their scores cut in half. This can add a bit of tension to the game and can put pressure on the players to seriously score. However, if you are a fresher than this rule will make you more frustrated and will dampen your game. The advanced players have developed their skills as a result of continuous training and playing game, however, the beginners don’t have the same amount of control and targeting specific numbers during a dart game can become difficult for them which leads to frustration and disappointment which is why it is better for them to start slow and develop their skills. 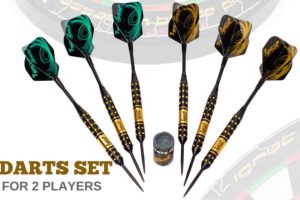 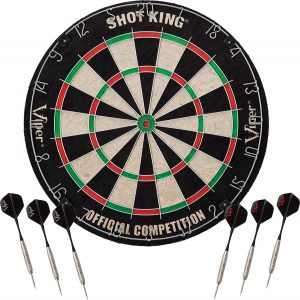 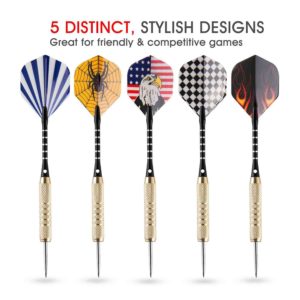 Here is another way you can make this game fun introduce a handicap according to which the less experienced player will receive one run each inning. This provides the less experienced player a chance to catch up with the pros while at the same time the experienced players have to keep scoring to widen the distance. Hey, this might happen some time that you decide to play this game in teams but end up with unequal players the solution to this is that you include a dummy player. In other words, just, ad an imaginary person to the game and decide the score according to your skills level. The score will keep on changing as the inning passes. In case you end up with a tie extra innings will be played to break the tie.

Here is another fun and challenging version of baseball called Bullseye Baseball. This one, however, requires a bit more effort. The rules of the game are pretty similar you have to target the number that corresponds with the innings and the object is to collect as many runs as you can. However, this is where the twist comes all the players have to land a bullseye before their scores can be counted. If you manage to hit the number required for the inning but were not able to target the bullseye you won’t receive any points. However, if you manage to hit more than one bullseye your score will end up getting multiplied by the number of Bullseyes that are hit.

If you ever came across the older versions of Cork dartboards you might remember that one side is designed so, that you can play baseball darts. This is called a Reversible Baseball Dart game and here we discuss how this game is played. What’s different about this game is that each inning is divided into half. A pitcher’s job is to stop the batter from gaining points and this can be done by striking the areas that have been labelled as ‘out’, ‘double play’ or ‘strike’ when a pitcher manages to gain three outs the half innings end and the players change their positions. Here’s how scoring works in this game. If, you decide to play in teams than each player can take their turns at being a pitcher for half innings for example player A can pitch for a first half-inning, Player B can pitcher for next half inning and so on. A bullseye gets you a home run if you land on an area with indicates offence than the opposing team ends up gaining points, for example, a ‘safe hit’ will result in the opposite team gaining one run. If you end up getting four ‘balls’ without a single ‘out’ or a hit then the opposing team will end up gaining a walk. Another unique thing about this game of Baseball darts is that it follows the same rules as the real game of baseball. For example, if you gain two fouls they are counted as strikes but a third is not. If you strike an area other than the marked ones it counts as a “ball”. The game ends after nine innings and the player or team with most score wins the game. The version of baseball darts unlike the standard version of baseball darts does not require the players to complete the nine innings. If a team or player has enough run to win the game than playing further is unnecessary. However, in case of a tie the players are allowed to continue their games for extra innings. This version of the game can be a lot of fun, especially for baseball fans. So, on a rainy day you can satisfy your desire to play real baseball by making use of this version.

I hope you enjoy all of these different versions of Baseball and give each a shot. They all have their own rule, scoring procedures, and difficulty levels. So, if you end up with a group that has different skill levels you can make your choice based on this guide.

After deep down review of darts and scoreboards, you can also try best dartboards, Dartboards Cabinet, Magnetic Dartboards and Electronic Dartboards.